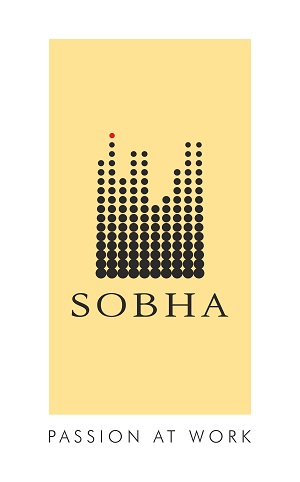 With three decades of glorious experience in creating interiors of palaces and masterpieces in the Middle-East, Mr. P.N.C. Menon founded SOBHA Limited in 1995 with a clear vision to transform the way people perceive quality. Today, SOBHA is the most trusted brand and only backward integrated real estate player in the country.

Since inception, the Company has always strived for benchmark quality, customer centric approach, robust engineering, in-house research, uncompromising business ethics, timeless values and transparency in all spheres of business conduct, which have contributed in making it a preferred real estate brand in India. In 2006, SOBHA went public through its initial public offering, an event that created history when the issue got oversubscribed a record 126 times.

The backward integration model is one of the key competitive strengths of SOBHA. This ensures that the Company has control not only over the supply but more importantly over the quality of the materials it uses in construction activities. SOBHA has all the competencies and in-house resources to deliver a project from conceptualisation to completion. Backward integration includes an interiors division, a metal works and glazing factory and a concrete products factory. SOBHA has also diversified into retail business with spring mattresses under the brand name ‘SOBHA Restoplus’. More than 27 variants of mattresses are produced by the mattress division using cutting-edge machinery of international quality.

SOBHA is renowned for its world-class products. The Company conforms to the ISO 9001, ISO 14001 and OHSAS 18001 certifications for its quality, safety and environment management systems.

SOBHA employs 3,184 plus people directly. It places a lot of emphasis on human resource development of which skill enhancement and advancement are given paramount importance. At SOBHA, training is an on-going process for all employees which ensures that they are abreast of the latest and newest developments in their domain of expertise.

As a responsible corporate citizen, SOBHA’s CSR activities encompass the areas of education, providing healthcare facilities and helping the aged, single mothers, children and others in need of financial and other assistance. The CSR activities are primarily undertaken through a public charitable trust, the Sri Kurumba Educational and Charitable Trust.

Some of the key social projects undertaken by the Trust are (a) SOBHA Hermitage, a unique senior citizens’ and widows’ home with world-class amenities, (b) SOBHA Health Care, a primary health centre with best-in-class facilities for medical treatment, (c) SOBHA Academy, an exclusive educational institution for the underprivileged children, (d) SOBHA Icon, another educational initiative to improve the standards of Government school students in higher classes, (e) SOBHA rural women empowerment, (f) social rehabilitation scheme for the people of the three backward panchayats.

SOBHA has been honoured with several prestigious awards by various institutions of repute. Some of the recent recognitions include CREDAI CARE award 2019 for CSR initiatives; ‘One of India’s Top Builders 2019’ award by CWAB; ‘Best Quality Construction of the Year – Chennai’ and ‘Best Architecture Plan of the Year’ by FICCI Tamil Nadu State Council; ‘Residential Project of the Year (West)’ award by Realty Plus; ‘Developer of the Year (National)’ award by Franchise India; KMA CSR Award for Health & Hygiene; Dun & Bradstreet Corporate Awards 2019 in the Real Estate category; Top National Realty Brand for the 5th consecutive year in BrandXReport 2018-19 and Number 1 for the second time in Track2Realty Best Practices Report 2019.

Some of the previous awards include ‘Best Residential Project – Luxury Segment’ award in North Zone by CNBC-Awaaz; BAM Awards 2019- Best CSR Activity of the Year 2019 and Best Affordable Housing Project Award of the Year 2019 for SOBHA Dream Acres. SOBHA has also been recognised as one of the Hot 50 Brands in Bengaluru by Paul Writer and the ‘Most Trusted Real Estate Brand 2018-19 – Customer Choice’ by CommonFloor. SOBHA has been recognised as the top developer nationally for investment in Track2Realty India Investment Report 20:20. The Company has been awarded Kerala Management Association (KMA) CSR award under the Health and Hygiene category at first all-Kerala CSR conclave held in Kochi. SOBHA has been recognised as the top brand of Indian real estate sector for the 4th consecutive year by the BrandXReport 2017-18, an annual study conducted by Track2Realty. The Company also won Iconic Real Estate Brand Award at the India Best Brand Series and Awards (IBBA) 2018. SOBHA was also declared as the Best Developer of the year (Large Category) at CIA World Construction & Infra Awards 2018 awarded the Best Builder of the Year 2018 (Large) at BAM awards. SOBHA was recognised as ‘The Most Trusted Real Estate Brand’ in South Zone by CNBC Awaaz. Additionally, SOBHA bagged the ‘Best Professionally Managed Company’ (turnover > INR 1000 crores), Achievement Award for Social Development & Impact and the ‘Best Construction Projects’ for SOBHA Sapphire (Thrissur) award at the 10th Construction Industry Development Council (CIDC) VISWAKARMA Awards. This is the second consecutive year and the third time when SOBHA was recognised by CIDC. SOBHA was voted as the Number 1 choice of homebuyers nationally in Track2Realty’s Consumer Confidence Report 20:20 – one-of-its-kind comprehensive study on consumer psychology about the Indian real estate market. This is the 4th consecutive year that the Company has won top rank in consumer confidence survey, making it an exceptional and a rare feat achieved by any real estate brand in the country. The Company was once again awarded the CARE AWARDS 2017 in the category of ‘Best CSR activity’ by CREDAI Karnataka. Additionally, SOBHA was declared as the TOP BRAND of Indian real estate sector for the 3rd consecutive year by Track2Realty Report 2017. SOBHA was also won top honours in India’s first ever Real Estate Best Practices audit report- 2017 by Track2Realty. The Company was ranked number one on the metrics of Execution, Consumer Connect, Transparent Deals, Care, Communication and Desirable Practices. Some of the other honours include the 6th EPC World award 2017 in the category Outstanding Contribution in Real Estate (Residential Project ) for Phase 1, International City, Gurgaon Project, ‘Best Professionally Managed Company’ (turnover > INR 1000 crores), ‘Achievement Award for Social Development & Impact’, through its Sri Kurumba Educational and Charitable Trust for the inspiring contribution in social work in Kerala, and the Company’s project in Coimbatore, ‘SOBHA Westhill’ has bagged the ‘Best Construction Project Award’ in 2017 for its well-crafted residential project from CIDC. Besides this, SOBHA was adjudged the top brand in Track2Realty’s ‘Brand X Report 2015-16’ across several categories – Top National Brand; Top South Indian Brand; Top Residential Brand; Top Super Luxury Brand and The Most Trusted Brand by Consumers. The Company also won Construction World Architect & Builder (CWAB) 2.0 award for one of India’s Top 10 Builders for the year 2016, ‘Best Luxury Residential Developer in Bangalore’ at ALREN-Indian Luxury Real Estate Awards 2016, ‘CSR Award’ by CREDAI in 2015, ‘Award of Excellence’ at the 10th Construction World Architect and Builder Awards (CWAB) in 2015; the ‘Real Estate Company of the Year’ by Construction Week in 2014; the ‘Developer of the Year-Residential (for SOBHA Eternia) by Realty Plus in 2014; the ‘Mint-Institute for Competitiveness (IFC) Strategy’ award (under the aegis of the Porter Prize) in 2014, amongst many others.

Multiple laurels have also been showered on the founder and Chairman Emeritus, Mr. P.N.C. Menon, which include AP Aslam Prathiba Puraskaram for CSR works in the field of Business & Industries by Kshema Foundations, Business Deepika-Lifetime Business Achievement Award 2017′, the prestigious K.P.S. Menon Memorial Award in 2016 by CSN Trust, Lifetime Achievement’ Award at Construction Week Awards 2015 by Construction Week India (ITP Publishing), Arabian Indian Czar Award by Times Now in 2015, the ‘Brand Icons-Excellence in Business (EIB) Award for Corporate Social Responsibility’ by Times of India, ‘Golden Peacock Lifetime Achievement Award for Business Leadership’ by the Institute of Directors (IOD) in 2014, the ‘Lifetime Achievement Award for Real Estate’ by NDTV in 2013 and the ‘Pravasi Bharatiya Samman Puraskar’ conferred by the Government of India in 2009. Mr. Ravi Menon, Chairman, was honoured with the ‘Young Entrepreneur of the Year’ by Construction Week, ‘EY Entrepreneur of the Year-Real Estate, Energy & Infrastructure’ by EY in 2014 and ‘Pathfinders Award for Most Enterprising CXO’ by Realty Plus in 2013. The Vice Chairman & Managing Director, Mr. J.C. Sharma, was voted ‘Asia’s Best Property CEO’ by Institutional Investor Magazine for two years in succession. The Company’s Chairman, Mr. Ravi Menon was conferred with the ‘Young Entrepreneur of the Year’ by Construction Week during this FY 2014-15 & Mr. J.C. Sharma, Vice Chairman and Managing Director was awarded the ‘Best CEO in Real Estate’ at the NDTV Property Awards.

SOBHA as an organisation is highly focused on delivering international quality products in a timely manner with utmost perfection. 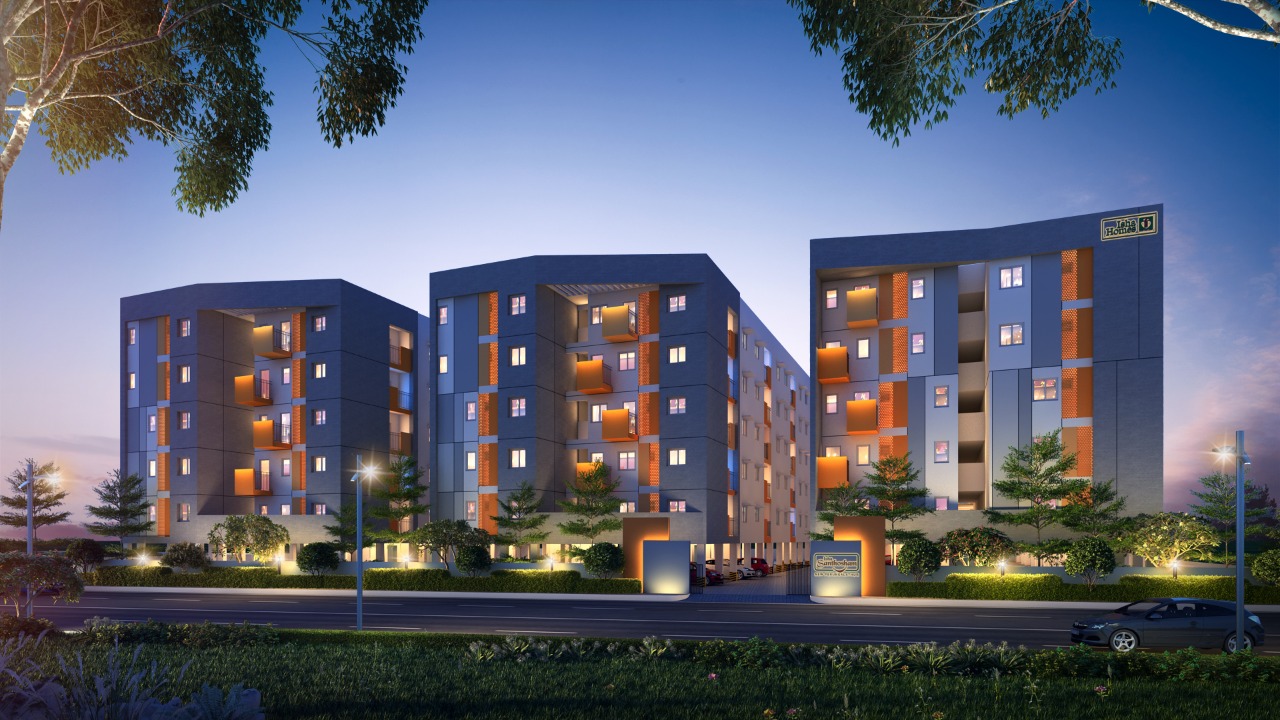 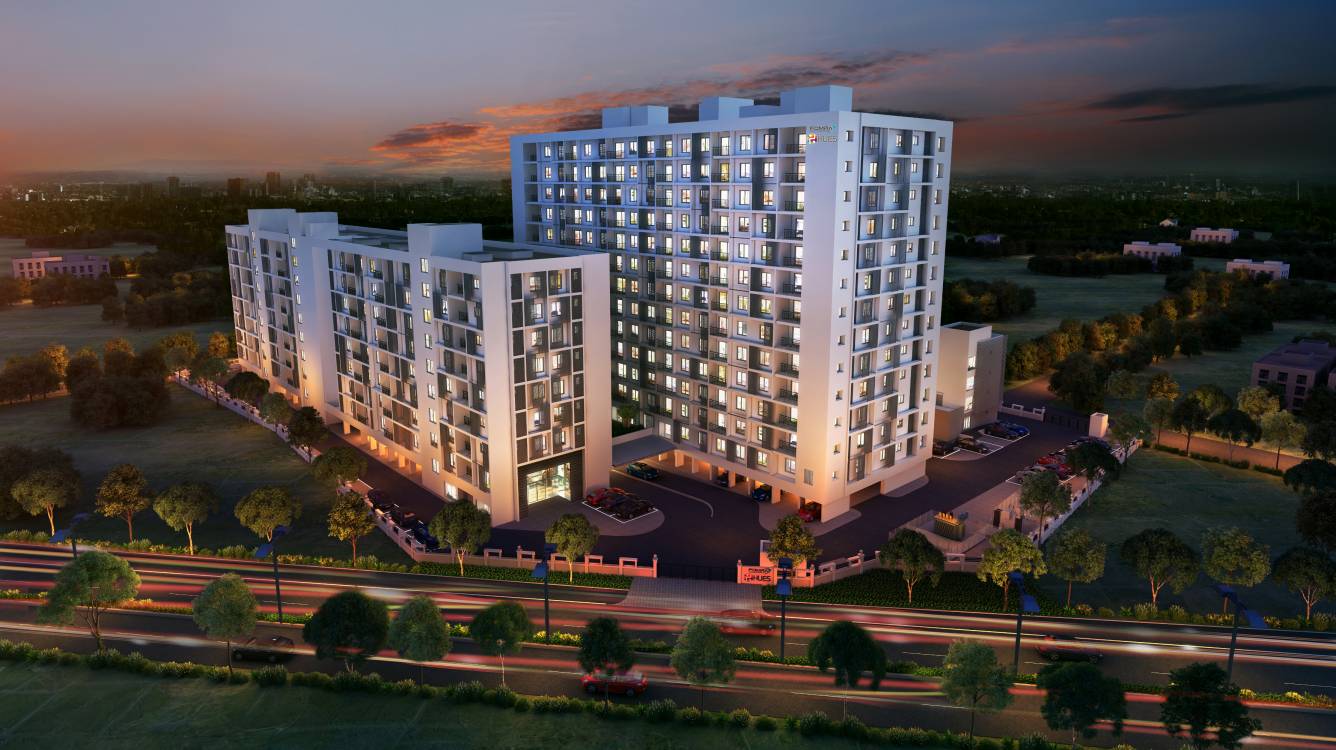 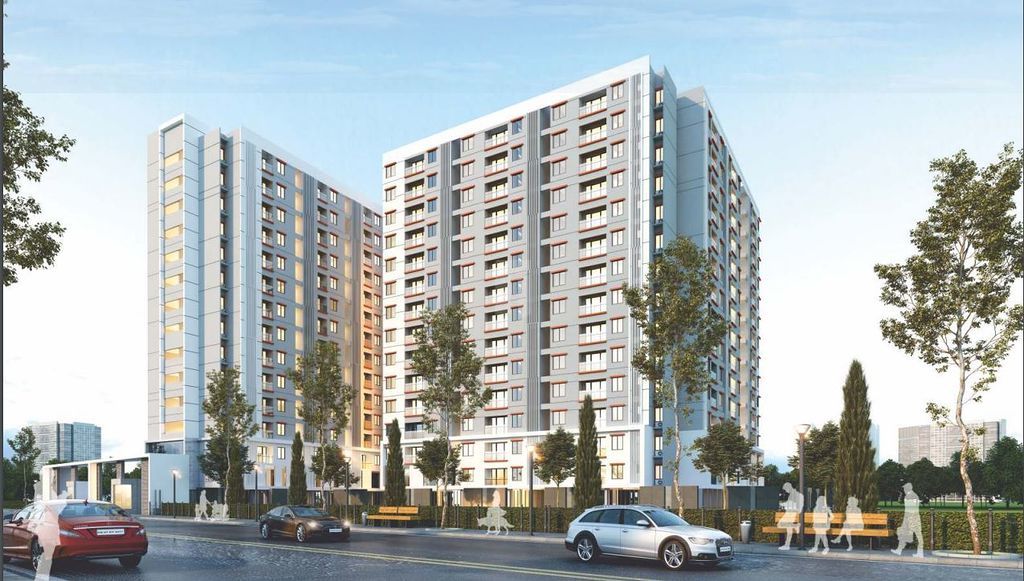